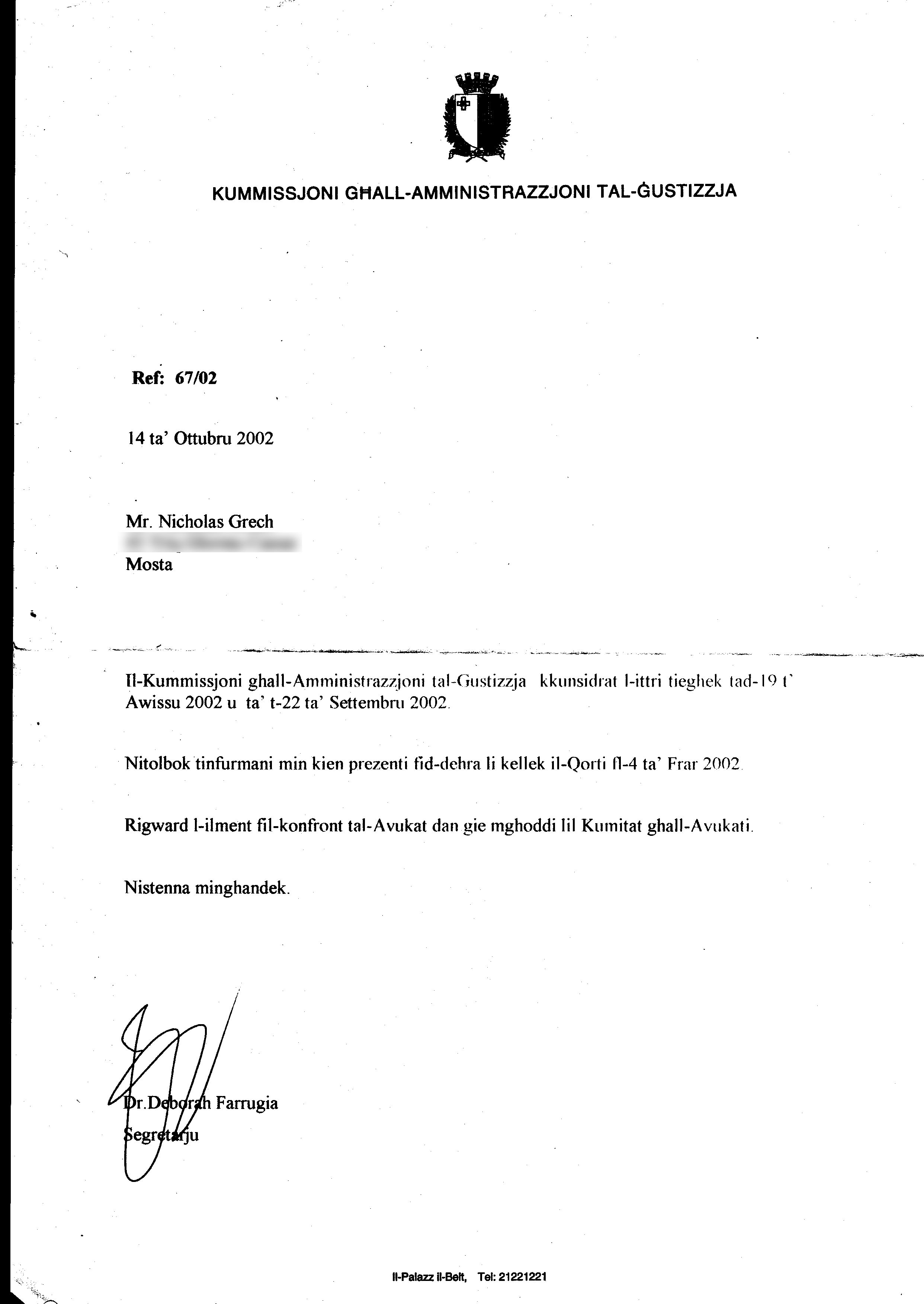 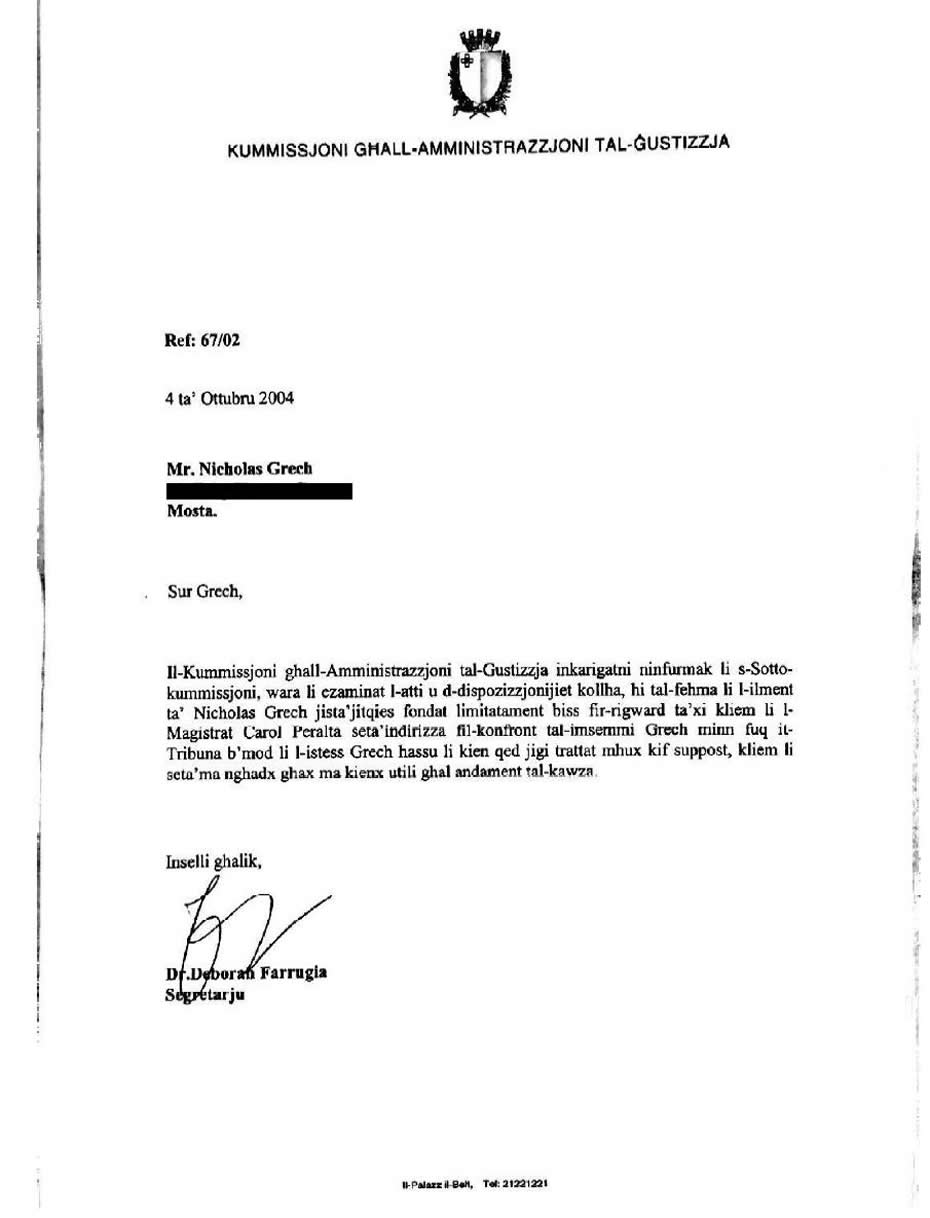 English translation:
The Commission for the Administration of Justice commissioned me to inform you that the Sub-Commission, after having examined all acts and dispositions, is of the idea that the complaint of Nicholas Grech can be considered founded solely in regard to some words that Magistrate Carol Peralta could have addressed in relation to the mentioned Grech from the tribune in a way that the same Grech felt he was not being treated as it should, words which could have not been said because they were not fruitful to the proceedings of the case.

If they "were not fruitful to the proceedings of the case" why did Peralta utter them "from the tribune"? Was he drunk, was he provoked or maybe thought he was in some local band club to go to such absurdly low levels in a court room? None of this, he just wanted to intimidate me and cover up the abuses of false witness and tampering of evidence intentioned to make me loose the bail that took place in the Court sitting of 5-Jul-01. The subsequent "delusions of persecution" Psychiatric David Cassar alone attributed that I was suffering from in the court sitting of 12-Jun-02 to lock me up in hospital was nothing but a blatant lie as confirmed by this letter of instead something really malicious and diabolic that was taking place in my court case. But how not to believe a supposed expert of the Court, David Cassar, especially when the case was being heard in front of a magistrate who was an accomplice had so much to loose if they didn't discredit and label me as a mental before it was to late so that I would never be in a position of uncovering such abuses and be believed. And why my lawyers didn't intervene and mentioned nothing, why all this favouritisms? Not only is it uncomfortable for any lawyer to break it up with a magistrate his superior for the sake of his client the accused, but my opponent happened to be no other than an ex-registrar of the Court, and there the Court was his playing field, he knew everyone, wherever he was, everyone sending him their regards.